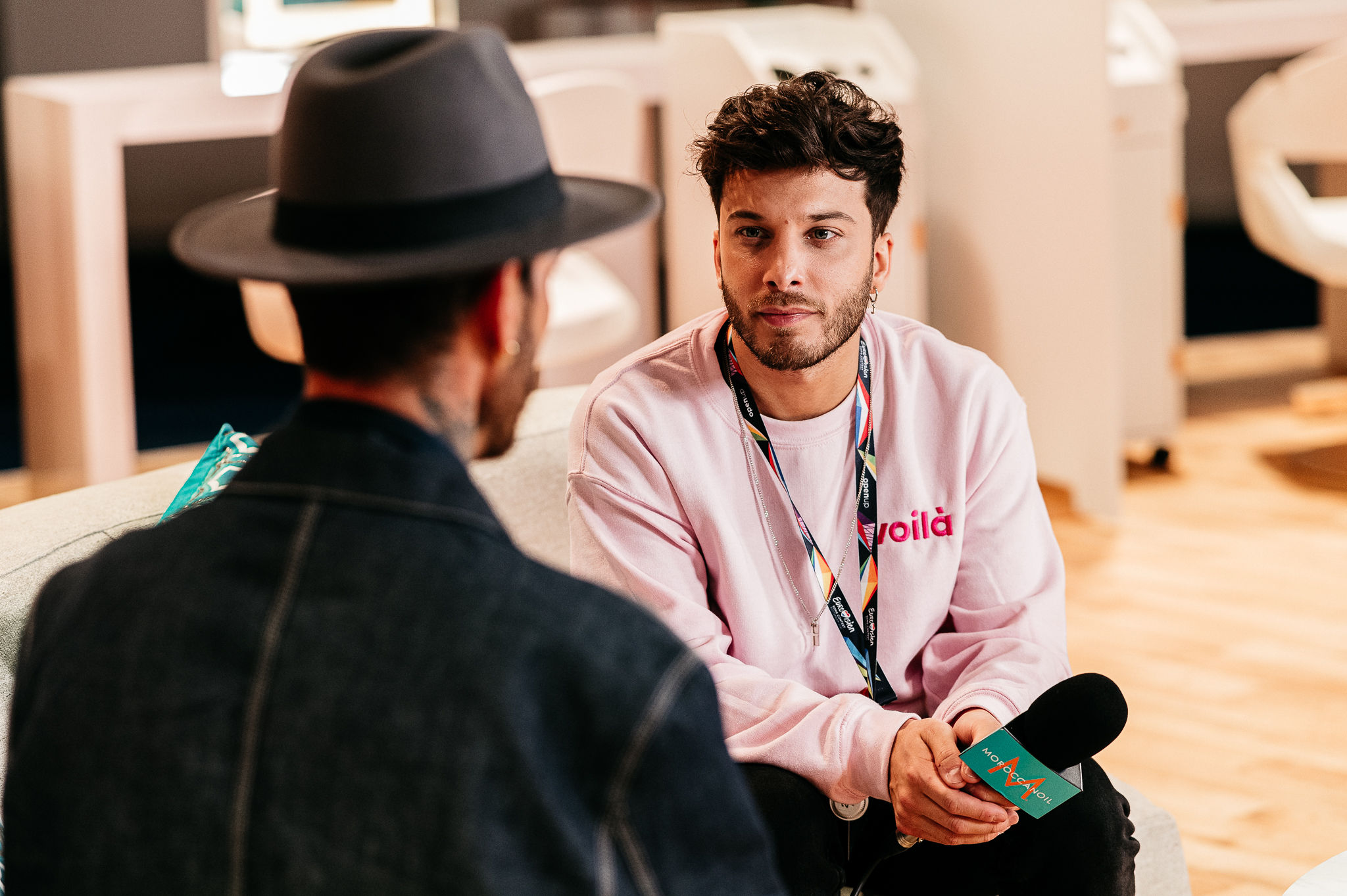 The Spanish talent has been actively working towards competing at the Eurovision Song Contest since he was young. His history with the competition goes as far back as 2004 when he competed in EuroJunior, the Spanish selection show for the Junior Eurovision Song Contest. Fast-forward several years later when he competed in Destino Eurovisión as part of the boyband Auryn in 2011 but didn’t get the top prize. Then, just last year, he was due to represent his country with the song Universo at the canceled 2020 competition. Now, after several near misses, it’s finally time for Blas to realise his childhood dream of competing at Eurovision.

To celebrate this milestone in his life, Global Creative Director of Moroccanoil, Antonio Corral Calero, invited the self-described “open book” to our booth backstage to discuss his music, career, and where he gets his confidence to perform on the big stage.